Ring Out the Old, Ring in the New! 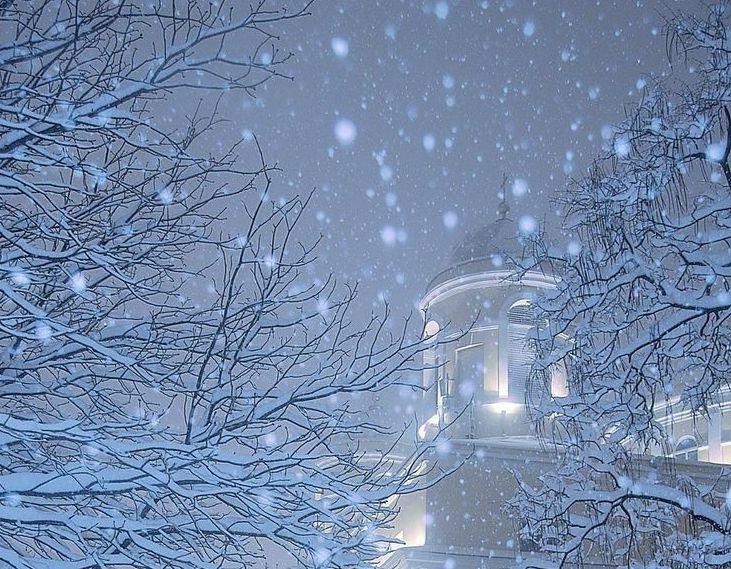 Posted Thursday, December 31, 2020 3:07 am
Theral Timpson
2020 is at an end.  We need some good lines.  We need some very special lines for this New Year’s Eve.
At various momentous times in life, one finds oneself returning to a deep single malt scotch--and also, to a smooth naked English poem.  For me, it's Alfred, Lord Tennyson's In Memoriam.  The work has never failed me.  Tennyson wrote this long poem over the course of his life ostensibly as an elegy for his beloved college friend, Arthur Henry Hallam.  But the poem turned into much more than that.  It’s a personal exploration of art, philosophy, and ultimately religion.
I first came upon In Memoriam when studying poetry in England in my college days and facing my own crisis of faith.   There I was sitting in the Trinity College Chapel feeling terrible about doubting the beliefs of my parents, and reading this poem which a professor had suggested.  Tennyson reassured me in a way I didn’t expect.
"There lives more faith in honest doubt, Believe me, than in half the creeds."
I also returned to the poem when I lost my brother James to a tragic plane crash.   You’re going along in life having a good ole time, and just when you think things couldn’t be better, you find out that a big part of you can go missing in an instant and you’ll spend the rest of your life trying to figure out what happened.   Tennyson was there with some comfort.  He writes of sitting out one evening in the back garden.  His friends and family have already gone in.  And for a few moments, he feels the hand of his departed friend on the back of his shoulder.
This moment marks a turning point in the poem for Tennyson, and he ends it with a strong reaffirmation of his beliefs.  Though I never found the reconnection with Christianity after a crisis brought on by encountering science that Tennyson did, I have joined with him, no reveled with him in the joy of his reaffirmation with his religion and shared the redemption of his lifelong commitment to the power of beauty and poetry.
So today, after a very tough year:  And come on,  let’s not deny it.   It’s been a tough, fearful, anxious, and sad year.   Burying loved ones without the community around.   Emergency rooms overflowing.   Being in the hospital without loved ones.  Being with loved ones but worrying if you should be.  Many going without weekly religious services.  Many going without our bacchanal parties.    And all the rest.  After a tough year that has seen many of us wondering what’s the right amount of caution, I’m returning to a few stanzas from In Memoriam.  Tennyson wrote these lines in 1850, the year he was made Poet Laureate and celebrating the new year.  If you’ve ever been to England, then no doubt you’ve heard church bells like those that Tennyson writes about here.  There’s nothing quite like it to renew the spirit.  It’s customary in some towns in England to ring the bells at a half-muffled tone to ring out the death of the old year and then full blast to mark the new year.  Walk out in the night air . .  raise your glass . . . kiss your partner (or bang on a can) . . .  here’s to a New Year!
Ring out, wild bells, to the wild sky,The flying cloud, the frosty light:The year is dying in the night;Ring out, wild bells, and let him die.
Ring out the old, ring in the new,Ring, happy bells, across the snow:The year is going, let him go;Ring out the false, ring in the true.
Ring out the grief that saps the mindFor those that here we see no more;Ring out the feud of rich and poor,Ring in redress to all mankind.
Ring out a slowly dying cause,And ancient forms of party strife;Ring in the nobler modes of life,With sweeter manners, purer laws.
Ring out the want, the care, the sin,The faithless coldness of the times;Ring out, ring out my mournful rhymesBut ring the fuller minstrel in.
Ring out false pride in place and blood,The civic slander and the spite;Ring in the love of truth and right,Ring in the common love of good.
Ring out old shapes of foul disease;Ring out the narrowing lust of gold;Ring out the thousand wars of old,Ring in the thousand years of peace.
Ring in the valiant man and free,The larger heart, the kindlier hand;Ring out the darkness of the land,Ring in the Christ that is to be.

Other items that may interest you

Ring Out the Old, Ring in the New!

Some Cowboy Poetry to Finish Off the Year

The Problem with Big Napa Cabs

The Problem with Big Napa Cabs

The other night some friends came for dinner, and they brought a big beautiful Napa Cab.  It presented a major problem at dinner.  Why?  Can you guess?  It has to do with …